I am the Founder of “Mike’s Place” ,  the Mother to Mike, Erin,  Eric and Shawn.   Mike’s Place” will support individuals facing Catastrophic Life Altering News. My goal  to create a 501c3 Foundation called “Mike’s Place” was approved in 2017 by the IRS   Mike’s Place is based on my own personal experiences.  My philosophy is to “ask for help” when you hit that brick wall, “make every minute count”, “live life to the fullest”, and “share your gifts with others”.

I have  devoted my life to helping individual’s reach their goals and dreams.  In addition to my work as an advocate for children with life threatening conditions, I have trained  individuals with dreams of being Business Owners.  I  developed a strong business knowledge base by creating a Non-Profit Foundation in the early 1980s called SKIP (Sick Kids Need Involved People). This experience gave me the opportunity for a Capitol Hill Fellowship where I was instrumental in the creation of the Infants and Toddlers Educational Program and the Medicaid Model Waiver for Children.  I am the Owner of M-PALM (Meetings Plus A-Lot More), and I have been the Meeting Manager/Designer for America’s Small Business Development Center since 2001, affording me the opportunity to be an influencer in training new Entrepreneurs.

My roots grew from my father as my role model, Eric Christianson.  My father demonstrated throughout his life that dreams, visions and goals are  achievable through focus and hard work.  Eric Christianson immigrated to the U.S. from Sweden in the 1920’s.  He embraced the American Dream and saw  the U.S.A. as the Land of Opportunities. In the 1930’s when faced with the challenge of a family member’s access to education, Eric  created Michigan’s first transportation system for individuals with disabilities which continues today as the National Model. Eric supplied  the  “Missing Piece”,  insuring that all  individuals with disabilities had equal access to an education. Following in my father’s footsteps, I continue to devote myself to helping individuals achieve their goals and dreams and became an advocate to children with life threatening conditions identifying the Missing Pieces in the health car system. I discovered when faced with keeping my infant daughter alive, the challenges that exist when individuals are lacking knowledge and access to medical services and support.  So I created a Non-Profit Foundation in the early 1980s call SKIP (Sick Kids need Involved People). This experience led me to a Capitol Hill Fellowship in Senator DeConcini’s Washington DC office where I provided testimony on the “Missing Pieces” in our health and education systems. My work during this period was instrumental in the creation of the Infants and Toddlers Educational Program and the Medicaid Model Waiver for Children.  Then in 2009 my daughter suddenly dies of a pulmonary embolism. My, husband, George, that same year started searching for VA-Veteran  support as he was a Vietnam Vet dealing with the Agent Orange exposure. Then I  found myself facing another catastrophic event when I learned in the fall of 2011 from my son that he had stage four colon cancer. Yet again, I discovered more “Missing Pieces” relative to the medical care and resources profoundly needed by my son and others in his situation.  Fate handed me yet another challenge when my  other son, Eric, experienced a horrific fall in 2017 that could severely jeopardized his future.  Then in 2020 we have the COVID-19 Pandemic. From my  father’s work in the 1930’s that led to a transportation system for  persons with disabilities, through my more than 25 years of professional and personal experiences, I continue to uncover “Missing Pieces” for those in need of critical services and support in our U.S. health care system.

So I created “Mike’s Place”,  a 501(c)(3) foundation in honor of my children, and named for my son, Mike.  “Mike’s Place” will serve individuals facing Catastrophic Life Altering situations by identifying those “Missing Pieces” and services through a national database.  It will be  searchable by key words, diagnosis, locations, and more. “Mike’s Place” will help to ease the burden and support the journey of individuals and families by connecting them to a HealthCare Concierge when finding themselves facing catastrophic medical situations.  In short, “Mike’s Place” will provide a path to a new (better, more manageable) normal for their life and the lives of their families and love ones.

Through my foundation, the  supporters of my philosophy and I will help make it possible for others to embrace the philosophy of living life to the fullest, making every minute count and sharing (paying forward) one’s gifts with others.

Mike’s Place is the result and continuation of Mike Shannon’s journey. He lived a true Disney adventure of excitement and opportunities, traveling the world as a sound engineer/designer and project manager.  Mike lived and worked in Hong Kong, returning often to his U.S. Disney office in Glendale, California.  Mike’s life ended in Pasadena, California on August 13, 2013, in a beautiful little bungalow offered up by his Disney Imagineer Colleagues.  Mike had worked with them for over 20 years and continued to work right up until that day. Now his journey, and that of his siblings, continue with this effort in collaboration and sharing with others. 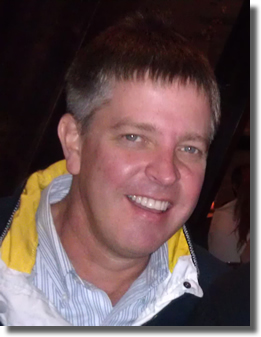 When he heard that word CANCER, he wanted that second opinion and came to California. Mike received treatment initially in Hong Kong and then in LA at USC, as he continued to travel back and forth to Hong Kong for his Disney Hong Kong on-site work and his wife Jennifer. Mike lived his life to  the fullest, making sure each moment, each day counted. His story is about teaching as well as learning from one another and always paying it forward. It is about commitment, and at the end of that journey knowing it is a “Job Well Done.

Mike’s Place is name after  Mike’s conference room in Glendale where Mike spent  many long days in meetings…. Mike’s conference rooms at the Glendale Disney Campus continue  to grow and spark new and creative ideas. …. Mike’s Place, the foundation,  is that place of sharing, support and renewed energy through knowledge and sharing. A place of living, not just surviving.

It was March 18th, 2009 that Erin experiences a pulmonary embolism.  She had just finished a shift at Mercy Medical Center as a Labor and Delivery RN. Erin was having difficulty breathing and the hospital ER staff wanted her to stay and be observed, but Erin shrugged it off by saying I have asthma, I know how to manage it and I am a nurse so I will be okay, However, 18 hours later she was gone at the age of 29.  But her story didn’t start and end here, Erin’s story started when she was 3 months old, when her trachea collapsed and required a tracheostomy and a ventilator when she was sleeping until the age of 9 when her trachea grew and Erin learned to manage her airway.